Whatever happened to the idea of doing regular Sunday posts? D:
I'm sorry~
Anyway, here is one because I am...well not exactly bored because I have loads to do, but I just feel very unenergized and uninspired today. Do you also have these moments?
Also, I wonder if it's good to blog when you feel like this XD probably not...

I went to a small Sakura festival with my mum (as in really really small) and it was nice, but now I feel tired and lazy.
I did not take any pictures but there were some little events such as a tea ceremony, some Judo, some Manga drawing and I met the girl who sold me a pretty ring back in 2012 but I can't fing the ring now :(
Also I snatched a Popteen for 4 euros ♪
Will read that later on. I'd never say that I wear (Hime) Gyaru style because I could never dress like them but aww those girls are so pretty.

Also my friends and me could not really decide on what to do today and before we really noticed it, it was already 5 pm. We ended up doing nothing//haha fail.
Nevermind ~

Because of the Sakura festival I was reminded of my Japan addiction hehe ♪ I've always wanted to travel there and never had the chance or the money. When I was in Scotland, all I could think of was Germany (obviously) but now Japan is back in the game ;D
Some of my friends know that I was into Manga and all that. I didn't do Cosplay and I didn't go to conventions so I'd say that I was not 'in the scene' but I read crazy amount of Ranma,Dragonball,Detective Conan, Jeanne...♪
I even did my school-dissertation ->German Facharbeit<- about Mangas.

So today I kinda also started to watch Anime again hahaha ~
the really old ones because they are so cute, funny and relaxing. There is a great parody of Yugioh on youtube btw [by LittleKuriboh] and today there was Dragonball on German TV.►YAY!
Yep, I was one of those saturday-8am-cereals-infront of TV-before parents get up-kids. You too? :3

Not onto some photos. I don't take many these days because I simply forget but sometimes I take outfit pictures before I walk out of the house. Without shoes :D Shoes are downstairs.

♥ Letters ♥ I mentioned in another post that I am tidying up lately. We will make one room something like a 'private study' which sounds so posh. Basically we just throw out the old trash, add some Ikea furniture such as a desk, a chair and a cupboard and voilà fancy private study room is done.

Well with tidying up I mean...Actually totally cleaning my room/the house. We have so many things still from my childhood that we should either throw away or, when in good condition, give to other people.
I get very sentimental when it comes to childhood memories. I'd always say that I had a very happy childhood ♥

In 5th grade my friends and me sent each other these small letters in class. Shhhh..♥
Most of them are by Lo, but I found many others.

I got this necklace from my boyfriend a long time ago ♪ It matches a lot I think. I wore it last when I saw the Queen haha. She sure noticed how pretty it is!

New underwear :D First I was like 'should I really post this'? But most people say they can barely see anything. My boyfriend even asked wheteher it's a blouse..ehhh?! But if I shy out I'll remove the picture.
Hunkemöller is my favourite store to buy stuff like that ♥

University outfit ^^" I personally don't like it that much  but many girls from uni said it was nice. They liked the dress ♥
From now on I try to include where I bought items in case anyone wonders.
Usamimi ♥
I have so many of them. I feel like people stare at me when I wear them pff ~

Friday we had a little party at a friend's house. Our whole 'gang' came so I was really happy about it ♥ We had some drinks and played games ;D And danced Macarena hehe.
I made curls~

At first I dressed up but I ended up going with shorts and a simple top ^^" I kept this picture for posting though. One day I should go clubbing with this shirt; I think it's really good for dancing and it makes me look less 'easy' than those girls with their low cut necklines. If you know what I mean.

So, this was my lazy sunday post. Hopefully it was not too boring and at least now you know what I wore lately eh ;D
As you can tell from the pictures I stay away from heavy make-up because my skin needs a break from all the stress lately. My eyes hurt everyday and I think that's because of my hay fever. 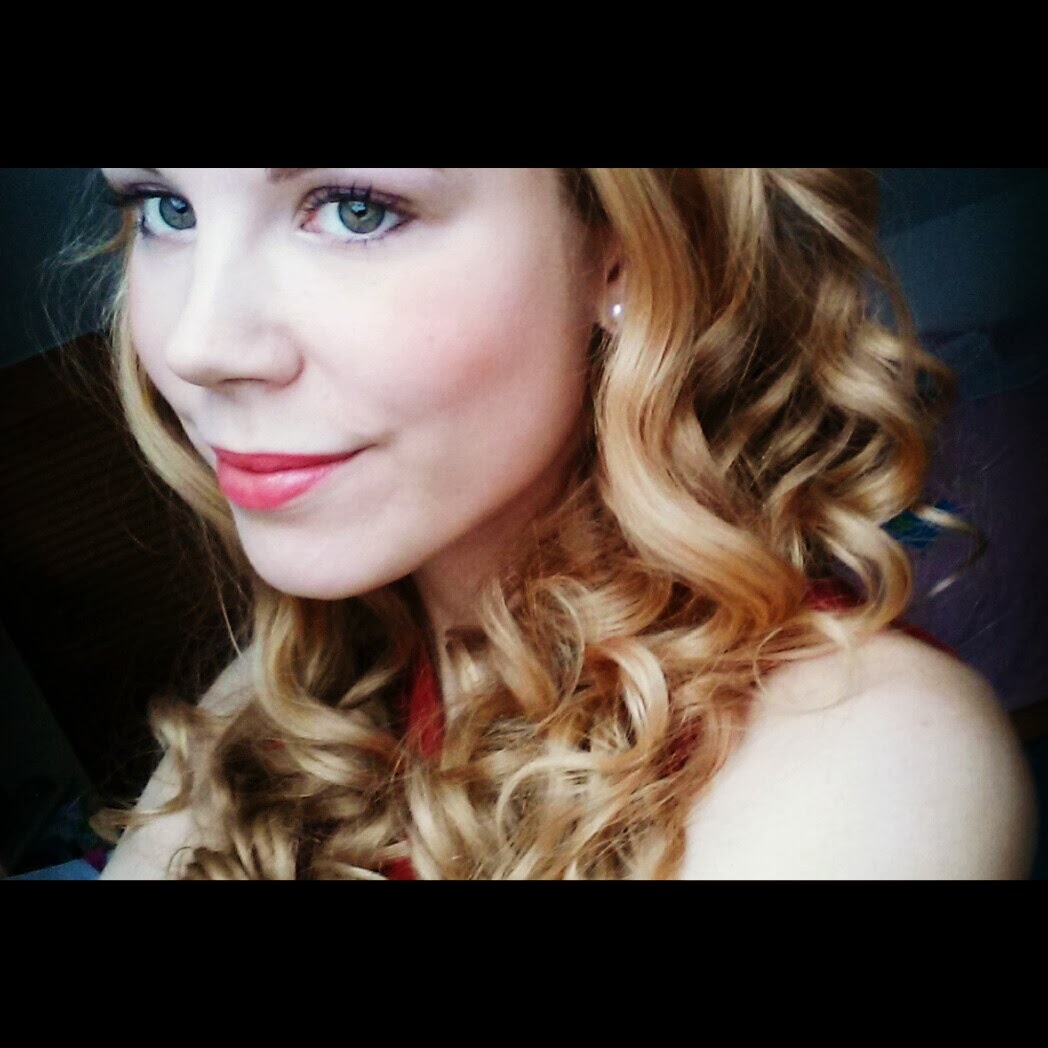